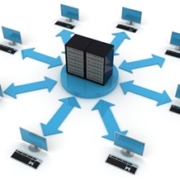 There has been a lot of talk lately about the cloud and its ability to put small to midsize businesses (SMBs) and startups on a level playing field with large global enterprises. Can this be substantiated or is it a load of trendy hype to push SMBs to cloud-based solutions? We’ve compiled this breakdown of how the cloud can be used to boost profitability.

END_OF_DOCUMENT_TOKEN_TO_BE_REPLACED 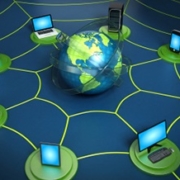 There are a lot of advantages to mobility in today’s workforce, but the Bring-Your-Own-Device (BYOD) movement has also brought its share of headaches as well.

We live in a society where everyone must have the newest technology. We are inundated with ads reminding us that the smartphone or tablet we just bought a year ago is laughably outdated and inferior to the upgrade that just hit the market.

People who have just bought the latest technology don’t want to have to set it aside to use a separate company-issued device. As a result, businesses are beginning to grant these employee-owned devices access to their file and email servers, databases, and applications.

While this brings certain competitive advantages to employers, it naturally carries many risks, too.

Let’s begin with the pros of BYOD…

END_OF_DOCUMENT_TOKEN_TO_BE_REPLACED 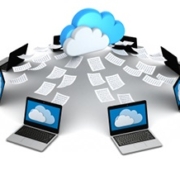 More cyber criminals are targeting small-to-medium sized businesses. One reason for this is too many workplaces have insufficient bring-your-own-device (BYOD) policies in place. Some have none at all. Although firms are generally more knowledgeable about network security risks than in years past, they still woefully underestimate the security vulnerabilities linked to mobile devices like smartphones and tablets.

This is a real cause for concern since data breaches have the ability to put many already financially challenged SMBs out of business.

If customer/client data has been breached, there could be potential litigation costs, and naturally, lost goodwill and an irreparable hit to brand or company reputation.

END_OF_DOCUMENT_TOKEN_TO_BE_REPLACED 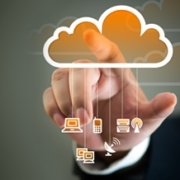 You’ve read it time and time again. “Bring Your Own Device” isn’t a trend, it’s the future. Workplaces where companies let workers use their own devices for work purposes are the new normal. BYOD attracts new hires and lifts employee morale and productivity. But this doesn’t mean a small business owner should recklessly jump right into BYOD just because everyone else is doing it. Data and network security concerns have to be thought out, defined, and addressed in a comprehensive BYOD policy. Here are three things to consider.

END_OF_DOCUMENT_TOKEN_TO_BE_REPLACED 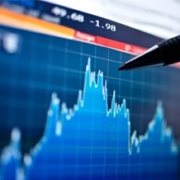 More people today use personal mobile devices like smartphones and tablets for business purposes. Such devices, coupled with greater Wi-Fi accessibility and cloud services, have empowered us with the ability to access data and do business from practically anywhere at anytime.

But what about the potential consequences associated with this mobility revolution? Are small business owners doing enough preemptive planning to address potential risks that could arise with the use of BYOD devices?

END_OF_DOCUMENT_TOKEN_TO_BE_REPLACED

Believe it or not, once upon a time, kids at the bus stop didn’t have cell phones and the mobile device strategy of many businesses was typically “you’ll take what you’re given, refrain from using it for any personal use, and the data may be scrubbed clean whenever we please.”

We’ve come a long way. Today, businesses really have no choice but to let employees use personal devices for work purposes. Blurred lines now make it difficult to differentiate between what is professional and what is personal. A company or organization may partially pay for an employee’s tablet computer or smartphone, but that same device is used to upload photos to Facebook or download torrents of this season of Game of Thrones.

Naturally, security and privacy issues are a concern since these devices sync to the company network. Larger corporations may be able to hire IT support or produce sophisticated BYOD guidelines for employees to adhere to, but smaller businesses have limited resources.

In fact, recent surveys suggest that the small business sector is doing very little to preemptively prepare for potential network security risks that could arise with the use of BYOD devices. This could prove to be disastrous.

END_OF_DOCUMENT_TOKEN_TO_BE_REPLACED 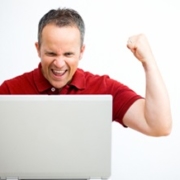 Everyone in the office loves Eric. Sporting a different ironic t-shirt everyday, Eric is the one we call when technology spits in our face. Whether it’s a slow system, a bug that needs to be squashed, a website issue, or a crash that results in unexpected downtime and data loss, Eric is right there. Not only does he get to the bottom of any issue but he also rights the ship like he’s some sort of miracle-working captain who just happens to have a pretty wickedly funny Peter Griffinfrom Family Guy impersonation.

But business is growing and Eric is overworked. Eric has certain skills that you’d love to use to develop innovative applications and revenue-generating projects– but he’s too busy running around fixing things that break. Or he’s performing the most mundane and routine tasks day-in-and-day-out just to keep things secure and running smoothly.

You get a sense that Eric’s overburdened and he’s saddled with too many responsibilities. His demeanor has changed from pleasant to moody. He’s listening to angrier metal and punk music and you’re noticing cracks in his work. You fear Eric is being pulled in too many directions and the reliability of your server, network, and applications, as well as the integrity of your data, are all at risk.

Someone who has watched a bit too much of Donald Trump on The Apprentice might think Eric should be fired. We’re not going to fire Eric. But we’re also not going to hire a full-time salaried Robin to his Batman or Cheech to his Chong. We’re going to help Eric by exploiting IT automation and managed services to handle many of the monotonous tasks making Eric hate his job right now.

END_OF_DOCUMENT_TOKEN_TO_BE_REPLACED

When smaller businesses look to cut costs, they commonly take shortcuts that are risky to their bottom line. They may go out of their way to avoid upgrading dated hardware, buying software licenses, or increasing bandwidth. In some instances, they layoff in-house IT support, or avoid hiring new help, even as the business grows. This often leads to a very cranky and disgruntled “IT guy” with a bad attitude as he or she runs around the office putting out one fire after another – feeling overburdened and underpaid.

Operating even the most basic data center today means recurring operating expenses that aren’t affordable for most small-to-midsize businesses.

Unfortunately, SMBs just have to accept that keeping their data center alive and kicking means significant overhead and expenses. That’s just the way it is.

Or is it? There are actually several ways to reduce data center infrastructure costs without sacrificing the efficiency of your network, server, and applications, or the sanity of your IT guy.